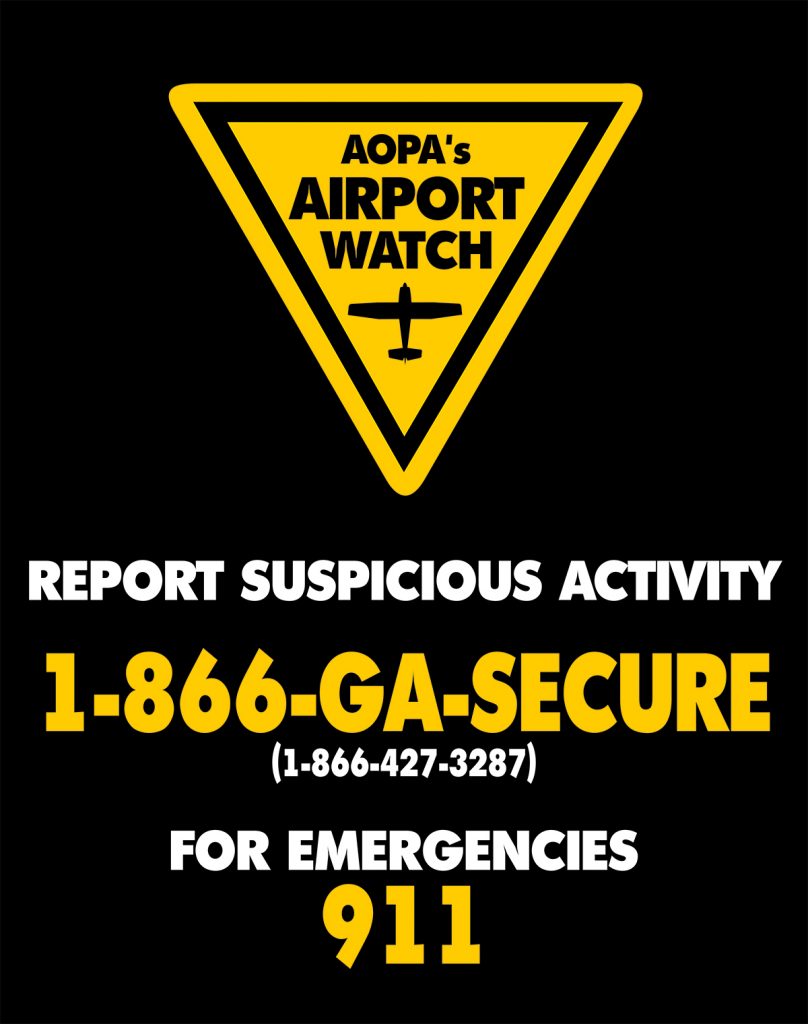 You should be aware of the two principle general aviation security objectives following September 11, 2001: Protecting passengers and aircraft from attack, and preventing aircraft from being used as weapons directed at sensitive targets on the ground.

Be an Active Participant

Do Not Hesitate to Act!

If you see something highly dangerous, such as weapons or explosives, being loaded onto an aircraft; Or if you believe that a serious crime or even the possibility of an attack is about to occur, Notify the Georgetown Police Department AND your nearest FBI office IMMEDIATELY!

It’s Our Airport–Let’s Keep It Secure!

Each owner/operator should take steps appropriate to their specific type of aircraft to secure it when unattended.